With the economy now at a halt due to coronavirus; many people now forecast that a recession in the UK is imminent, raising concerns amongst developers and investors about a housing market crash through and beyond 2020.

With the financial markets around the world already adjusting for a recession, we look at the possibility of a recession and whether it’s a negative. Some have even gone as far to say that the economic impact coronavirus has had will cause the next depression.

We will therefore look at what a depression is, compare it to a recession and look at how likely a depression will be from the effects of the coronavirus.

What is a recession?

The National Bureau of Economic Research (NBER) defines a recession as a significant decline in economic activity spread across the economy, lasting more than a few months, normally visible in real GDP, real income, employment, industrial production, and wholesale-retail sales1.

When a recession occurs, money becomes scarce as wages drop and people spend less. In order to combat this, central banks may step in and lower interest rates in order to encourage people to spend and businesses to borrow.

This is what we are currently seeing in the UK as on 19 March the Bank of England announced it would cut its base rate to the lowest rate of all time at 0.1%.

This was done not because we are currently in recession but in order to avoid a recession. By the base rate being cut, savings are now less desirable because they accrue less interest, instead consumers are encouraged to spend that money instead of saving it.

It must also be noted that many economists don’t consider a recession to be a bad thing. Instead it is believed that recessions are part of something called the business cycle where, after the peak of the cycle, a recession occurs.

What is the business cycle?

The best way to describe the business cycle is shown by Figure 1:

Many economists believe that markets exist on the law that what goes up must come down.

So a complete business cycle goes from its lowest point to its highest point and then back down before starting the cycle again. A recession simply describes one side of the business cycle's wavelike structure: the decline from top to bottom2.

Therefore, it can be argued that recessions are a natural part of the economy that need to occur over time.

Therefore, in the context of the business cycle, we are currently due for a recession to occur. The argument that the coronavirus will cause a recession seems plausible.

The current lock down doesn’t help matters either as it is causing consumers to stay at home, which means they are spending less money and less businesses are working meaning output has fallen since the outbreak began.

What is a depression?

A depression is similar to a recession, however it is a more severe decline that lasts for a longer period of time.

For example, a recession may last for 18 months, while the most recent depression lasted for a decade.

Since 1854, there have been 33 recessions, in the same time period there has been only one depression4. The Great Depression of 1929 has been the only depression from 1854 to the present day.

Because of the similarities between a depression and recession, the only difference is the time factor.

It is therefore possible that a Depression can be multiple recessions happening in a small time frame. For example, the Great Depression of 1929 was actually a combination of recessions that lasted from August 1929 to March 1933, and then from May 1937 to June 19385.

In conclusion, it is possible that the coronavirus outbreak could cause a worldwide recession. Many governments have already started taking precautions to prevent this from happening, such as the UK lowering its base rate to the lowest it has ever been at 0.1%.

Because many governments have started taking precautions, it should show that we are already prepared to tackle this recession unlike previous recessions where interest rates were lowered once a recession had already begun.

This should mean that the recession won’t be as severe due to the UK, like many other governments, having already taken measures to minimise the negative economic impact.

It must also be noted that a recession is not necessarily a bad thing and is a natural part of the business cycle. In fact, evidence suggests that a recession is due anyway as we are currently experiencing the longest economic peak since records began in 1945.

In terms of the claims suggesting that a depression is going to be caused by the outbreak of the coronavirus, although possible, it is highly unlikely given there has only ever been one Depression since 1854.

It must also be noted that in the short term we will not even be able to tell if we are in a depression, this won’t be until we experience years of downward economic growth.

Because recessions and depressions are very similar and the only thing that differentiates the two is the time frame (showing continued negative growth), we are able to fight them in the same way.

Presently, countries around the world, including the UK, are taking measures against experiencing negative growth and to avoid a recession. Because these measures are being taken so early, a recession should be short lived and the possibility of a depression reduces even further.

From 1980 to 2019 there have been four different occasions where recessions have occurred. The last 4 recessions were as follows:

Analysing the chart below, you can see that over the last 40 years (from 1980 to 2019) where those 4 recessions impacted the UK, the property market only ever went into negative growth on two different occasions.

This negative growth was experienced in the recessions of the early 1990’s and the 2008 financial crisis.

Those two recessions (that caused negative growth to the UK property market) were due to unique circumstances which we are not currently experiencing.

The early 1990s recession which caused the first negative growth on the chart (Figure 3) was caused by a mixture of high interest rates and high unemployment rate.

This differs from today’s situation where interest rates have never been lower and, although it can be argued that unemployment will increase as a result of Covid-19, the unemployment rate is currently being tackled by the UK Government’s Coronavirus Job Retention Scheme and the Coronavirus Business Interruption Loan Scheme (CBILS).

The other large decline in the UK property market was during the 2008 financial crisis which again was a unique scenario where the financial markets around the world collapsed due to subprime mortgages.

Relating this to today, there are now far stricter regulations on the mortgage industry with lenders also tightening borrowing requirements in order to get a mortgage.

Taking into account the fundamental driver of a housing shortage, it’s therefore fair to say that the UK property market should still grow, just at a smaller rate than what it would have done without the negative effects caused by the coronavirus pandemic.

Another point to consider when analysing previous recessions is how long it took to come out of those recessions. Although those recessions caused growth to drop significantly, all three of the most recent recessions lasted for only 5 quarters each, this means that after 15 months markets began to recover.

Therefore, if there is to be a recession due to coronavirus, looking at historical trends we would expect the recession to last around 15 months with markets beginning to recover after that period.

If coronavirus testing is carried out on a mass scale and in a timely manner (which will allow people to go back to work), coupled with UK businesses being able to access the Coronavirus Business Interruption Loan Scheme (CBILS), then we could be heading towards a positive direction within less than 15 months. Note some “experts” are claiming to be 6 months. 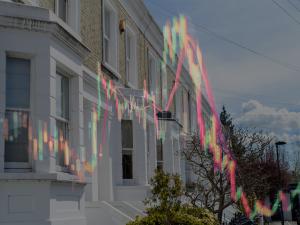 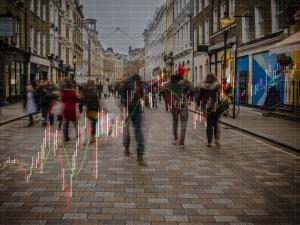 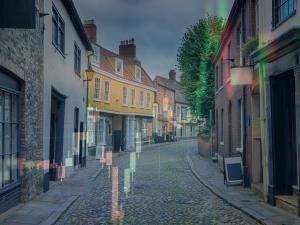 Browse our diverse opportunities below, signup to view the full due diligence
and begin investing in your preferred developments. 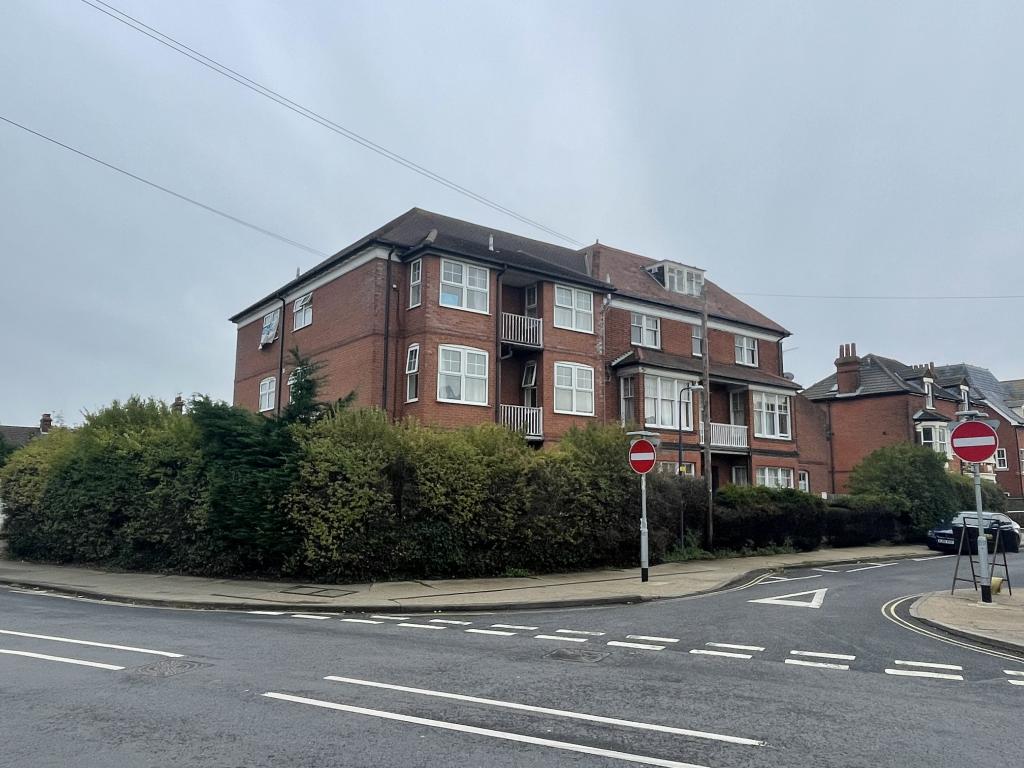 This website is operated by the JaeVee Group of Companies. Webpages containing share offers will be hosted by the relevant Group Company that is issuing the shares, as identified on the relevant webpage. Webpages containing mezzanine debt offers will be hosted by Estateducation Ventures Limited. JaeVee is a trading name used by all companies within the JaeVee Group of Companies, including Estateducation Ventures Ltd. Estateducation Ventures Ltd is registered in England & Wales with company number 10172481. The registered office of the company is Studio 9 Netherconesford, 93-95 King Street, Norwich, NR1 1PW. Estateducation Ventures Ltd (10172481) undertakes unregulated loan brokerage business that does not entail consumer credit or regulated mortgages. Arrangements by Group Companies to issue their own shares constitute unregulated business pursuant to Article 34 of the Financial Services and Markets Act 2000 (Regulated Activities) Order 2001 (RAO). Information about investments is only available to investors who demonstrate that they qualify as high net worth individual investors or sophisticated investors or otherwise fall within categories of investor who can receive financial promotions from unregulated persons in accordance with the requirements of the Financial Services and Markets Act 2000 (Financial Promotion) Order 2005 (FPO). Property investing carries the risk of losing some or all of the capital invested. JaeVee does not provide investment advice and investors who are in doubt about whether investing is right for them should consider seeking advice from an appropriately qualified professional adviser. JaeVee © 2022 • All rights reserved.